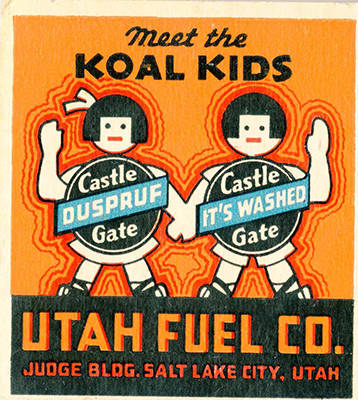 Harold Stanley Sanders Matchbooks
This collection consists of nearly 680 matchbooks collected by "Stan" Sanders, father of the local Salt Lake City legend, Ken Sanders. While it is difficult to date these matchbooks, it is estimated they were made during the the 1930s to the 1970s and reflect many bygone establishments including mostly restaurants, bars, hotels, in Salt Lake City and other areas of Utah.